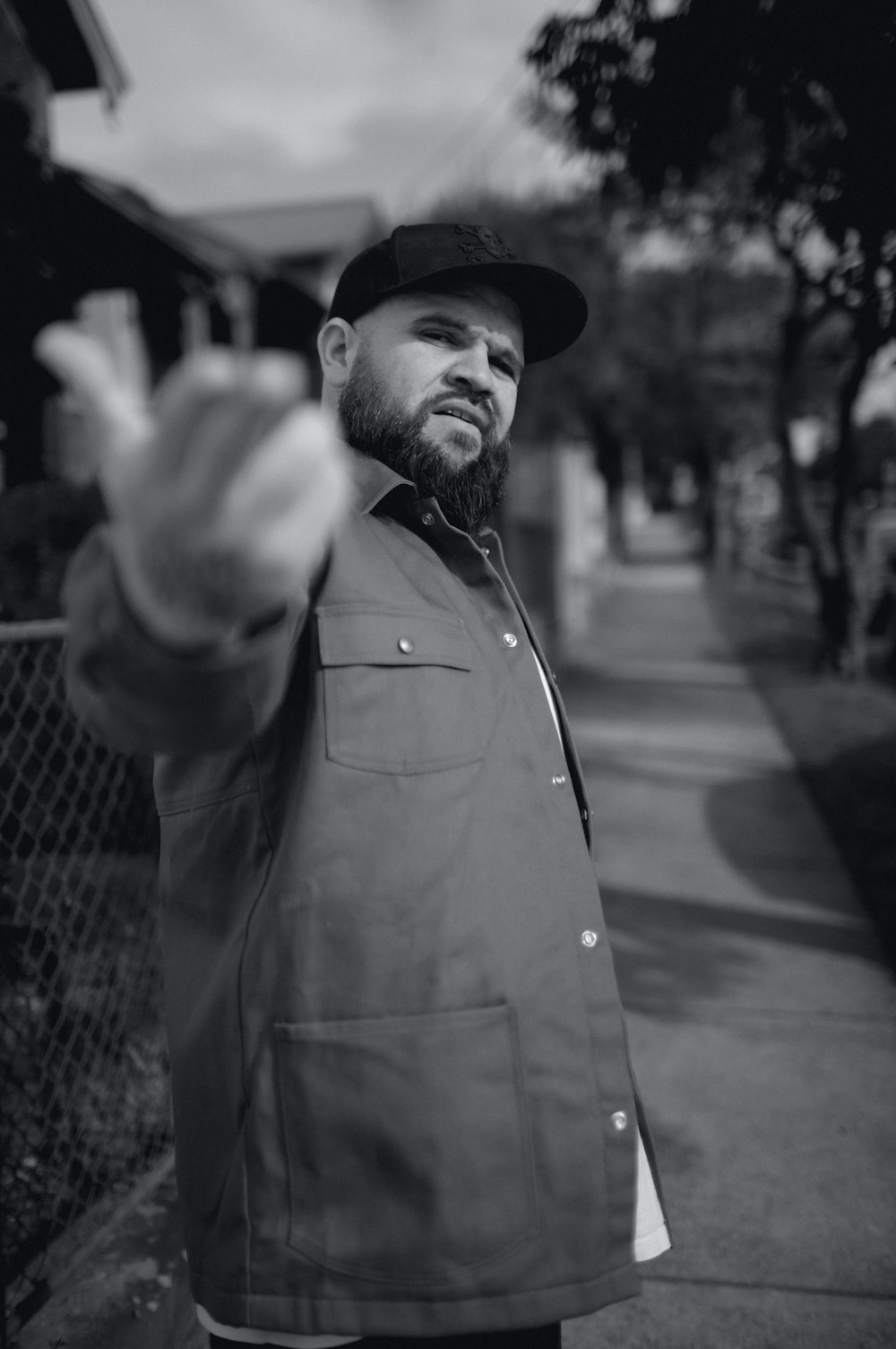 ‘Always Was’ is Briggs’s first solo body of work to be released since 2014’s ‘Sheplife’ and the acclaimed 2016 A.B. Original ‘Reclaim Australia’ album. It was written in writing rooms between Los Angeles, Sydney and Adelaide featuring tracks produced by Trials and Jayteehazard.

The artwork features a series of geometric patterns designed by interdisciplinary artist Reko Rennie, and a photograph of Briggs’s own tattooed hand proclaiming ‘Always Was’.

The most recent single ‘Go To War’ features guest vocalist Thelma Plum and is a song that is fundamentally about fearlessness when you get pushed too far and you’re backed into a corner and there’s very little recourse. ‘After every avenue is exhausted and every word has been said, every bridge has been crossed or burnt, ‘Go To War’ is about ‘having it up to here’ and asking yourself, ‘is this where you want to be?’.

The video clip touches on the challenge of living in-between traditional and colonial worlds with a cast including the Muggera Dancers, Thelma Plum, Barkaa, Nooky, Kobie Dee, and Scottie Marsh. Watch ‘Go To War’ Here

The first single ‘Extra Extra’, was produced by friend and collaborator Trials, and says enough about the work ethic of the quadruple-threat from Shepparton. ‘Extra, Extra is how I live. No days off. Everything I do is Extra – you can check my resume for that. A lot of people know me for a lot of different things – but this is back to the fundamentals of who I am as Briggs.’