Chasing Ghosts new single ‘DIG’ explores Australia’s history and treatment of Aboriginal people from the English invasion through to the modern period in chronological order. It asks the listener to dig a little deeper into our confronting history including the frontier wars, Aboriginal resistance, the mission area of assimilation, the stolen generations and indentured servitude, the mining industry and native title and finally deaths in custody.

“I was scared to write these songs, because a lot of the topics are challenging,” says Jimmy Kyle, a proud Goori man, of the Thungutti mob from the mid-north coast of NSW.

“But that’s how I knew I was onto something. It made me feel nervous.”

“I know people are going to come after me with some of these songs,” he says. “But I know in my heart that telling these stories is right and telling them in the way I do is the right thing to do. I know my audience is predominantly non-Indigenous, so I have to engage them in a way that engages their heart. Because that way they’re not going to be judged, but they can put themselves in an empathetic position to go on the journey.

To find the answer he lent on his bandmates: Josh Burgan (guitar/vocals), Aaron Schultz (guitar/vocals), Jake Dargaville (drums), Chris O’Neill (keys/vocals) and Rohan Welsh (bass). Together they breathed weight and volume into Kyle’s compositions, staying true to the core organic elements that define Chasing Ghosts – no autotune, only real instruments – while willingly following their chief songwriter into new musical territory.

With a strong passion for Aboriginal languages Jimmy Kyle is committed to his culture and his community and has a long history working with First Nations Youth, Elders and community. Further, Jimmy’s cultural awareness training workshops and seminars are in high demand due to the cultural depth his brings to this space. He works with entities such as the Victoria Police, DHHS and other government agencies to help them better understand First Nations cultures and histories. “Only having a little knowledge is dangerous,” he says. 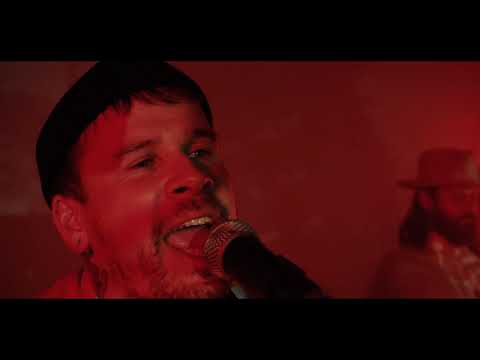