Rachael is a First Nations singer/songwriter originally from Ngunnawal Country (Canberra). Rachael relocated to Naarm (Melbourne) to pursue her passion for music and enrolling in a Bachelor Degree at ‘Collarts’ (The Australian College of The Arts) and has spent the past two years being mentored by some of Australia’s most influential musical icons such as; Ella and Jesse Hooper (Killing Heidi), Dallas Frasca and Ainslie Wills.

Rachael’s accolades so far include, featuring in a film clip for ‘Meg Mac’, directed by Claudia Sangiorgi Dalimore and Michelle Grace Hunder, co-writing a song with ‘Benny Walker’ and another with ‘Mitch Tambo’ as a part of APRA’s Inaugural First Nations SongHubs songwriting camp, curated by ‘Briggs’ through ‘Bad Apples Music’. Rachael also volunteered at the VIC Music Awards 2018, assisting stage manager ‘Laura Imbruglia’ and was selected by APRA to attend Changes Festival 2019 as a First Nations Representative.
Rachael is a storyteller, like her ancestors before her and her music tells the stories of her past, present and future. Her debut single ‘Talkback Radio’ is a story of the Australian Outback, which she travelled across many times as a child with her family. It paints the picture of the trials and tribulations of being stuck in a car with her siblings with nothing but Talkback Radio to listen to. The vast open plains that this beautiful country offers and how the experience has shaped and moulded her today.

With heavy influences from artists such as; Stevie Nicks, Shania Twain, Kate Miller-Heidke & more, Rachael’s music is described as country-pop with a very modern outlook and catchy melodies, that get stuck in your head with ease. Rachael recorded her debut single ‘Talkback Radio’ with the remarkable ‘Robin Waters’ (Ella Hooper, Kav Temperley (Eskimo Joe) & Olympia) in his home studio ‘Glamour Trowel’ where Robin also produced and mixed the track. The track was then mastered by; ‘Adam Dempsey’ (Angie McMahon, Courtney Barnett & Paul Kelly). 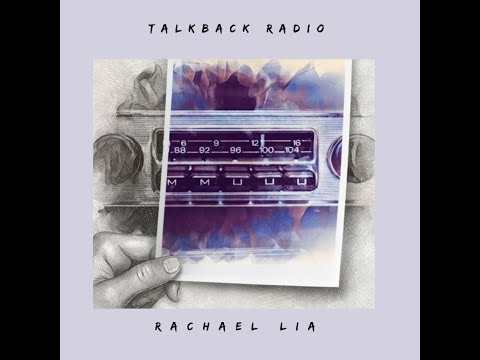