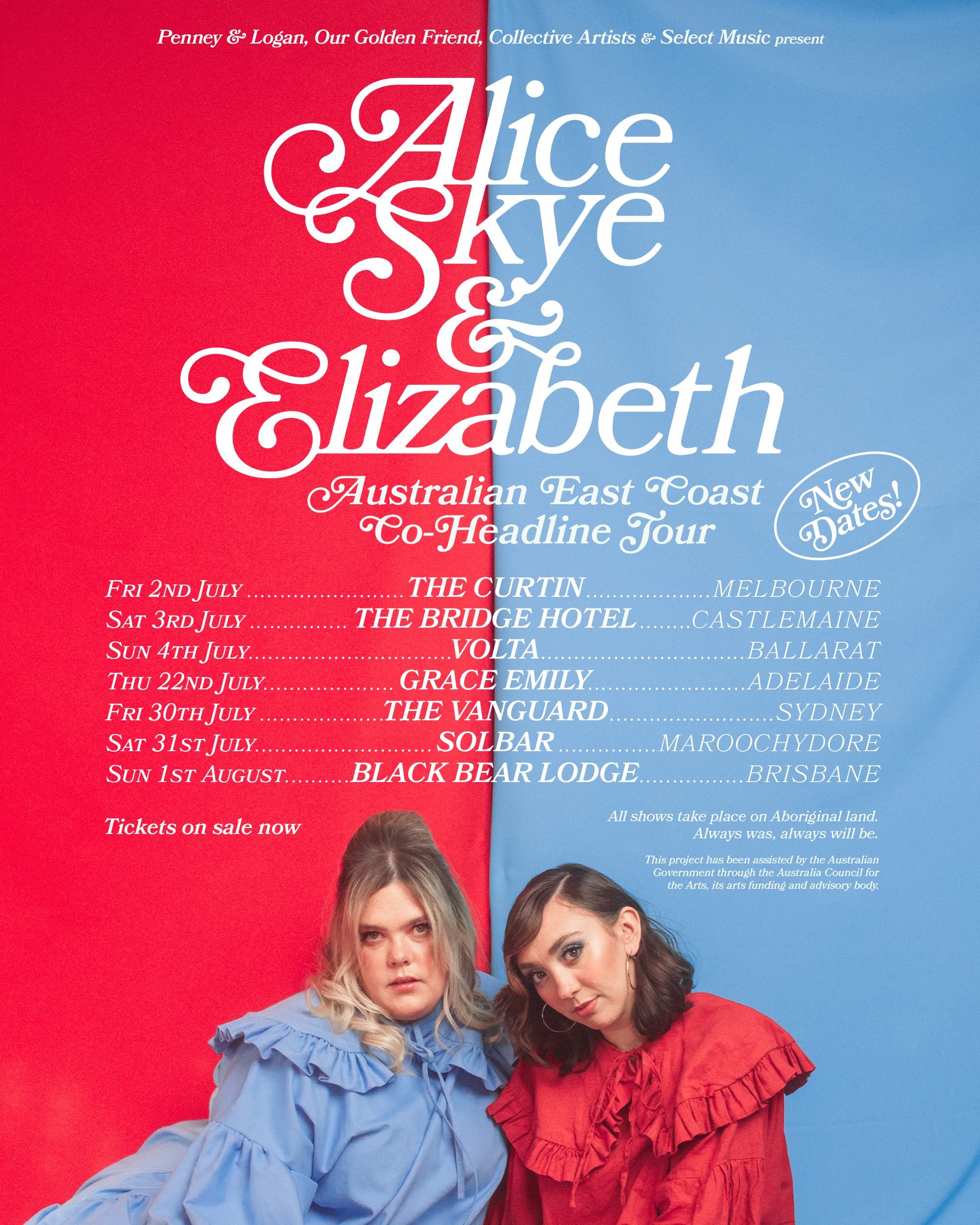 Alice Skye and Eliabeth join forces to announce an Australian East-Coast Co-Headline Tour throughout June and July. After a year of solitude and isolation Elizabeth and Alice, along with their bands, are ready to traverse the country, embrace the stage and stir up the biggest, best and most cathartic feelings amongst the crowd.

While their 2020 plans to tour were put on hold, including an album launch tour for Elizabeth, and a slot at SXSW for Alice, the pair did not sit idly by. Last year was a big one for both Elizabeth and Alice, the former releasing a deluxe edition of her debut album The Wonderful World of Nature, and the latter three searing singles from her own soon to be released debut.

The return of live music saw Alice play a headline show at The Corner, support Avalanches at Myer Music Bowl and go on tour with Midnight Oil as a part of the Makarrata Project. Elizabeth has played Brunswick Music Festival and has spent the last month playing at Meadow Festival, Inward Goods Festival and Small Town, Big Sound. Now well and truly warmed up all the pair have left to do is a couple of group bonding activities before they’re ready to head out on the road.

The first national headline tour for both of them, the duo will be sharing the stage across several dates including shows in Adelaide, Sydney, Brisbane, Maroochydore, Melbourne, Castlemaine and Ballarat.