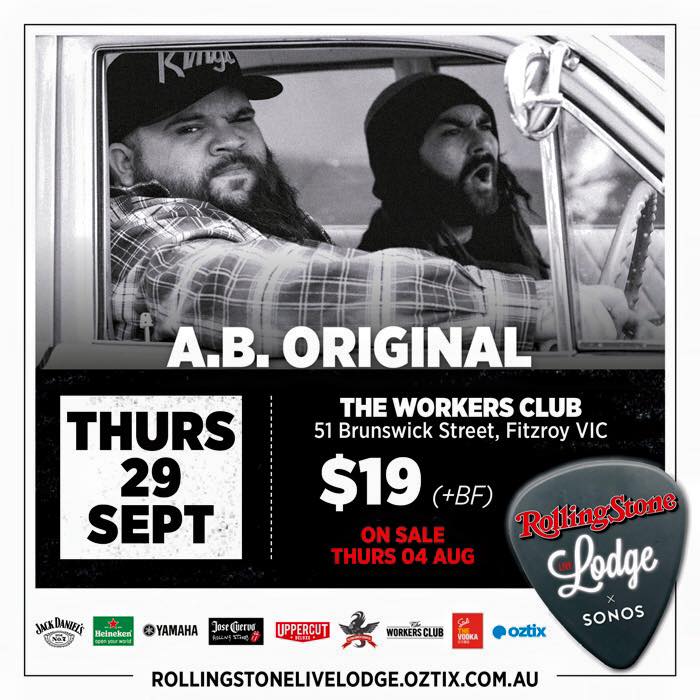 Rolling Stone Australia’s living, breathing bespoke bar and performance series is returning to Melbourne in September, and on the menu are Bad Apples’ superstars A.B. Original!

The runs on the board are certainly accumulating for the duo, and this show will follow A.B. Original’s triple j takeover, the release of two cracking singles, the announcement of a debut album release and a talk at Australia’s biggest music conference, Bigsound!