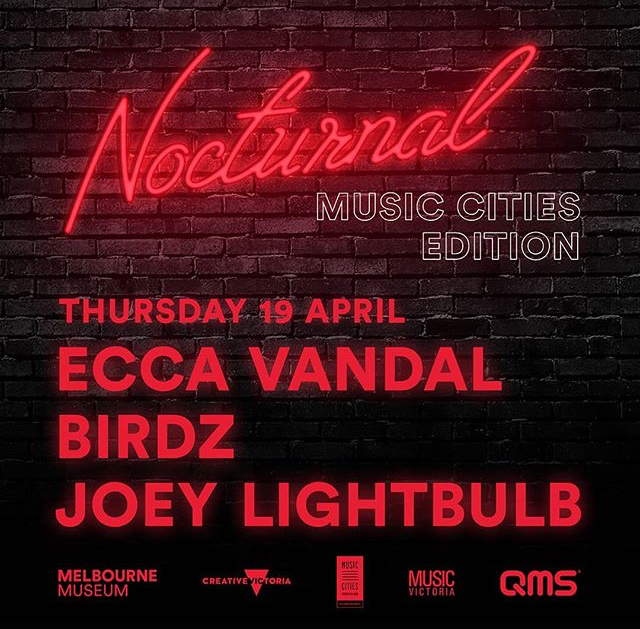 – Music Cities Convention-
Music Cities Convention is the largest and most extensive global gathering on the topic of Music Cities. The conference brings together leaders from governments, cities and regions, academics, organisations and the music scene to discuss, debate and introduce new thinking. Music Cities Convention showcases the best practices for improving urban planning, quality of life, city policy and development strategies through music. Music Cities Conventions have been held five times across Europe and North America, and now for the first time in the southern hemisphere, Melbourne will play host 19-20 April, 2018. More info: https://www.musiccitiesconvention.com

-Birdz-
Indigenous hip hop artist Birdz (aka Nathan Bird, a Butchulla man), takes to the Nocturnal stage to share his story and urge us to look in our own backyards. Ripe with earnest commentary, Birdz released his debut album Train Of Thought, in 2017 and has performed at BIGSOUND, The Hills Are Alive, St Kilda Festival and Groovin’ The Moo.

-Joey Lightbulb-
Joey Lightbulb is a DJ known to some as Mikey Cahill; Hit Journalist and Culture Consultant for The Herald Sun. Tasked with spinning tracks echoing the heart of Melbourne and armed with mean wit, knowledge and passion; this man is sure to represent.