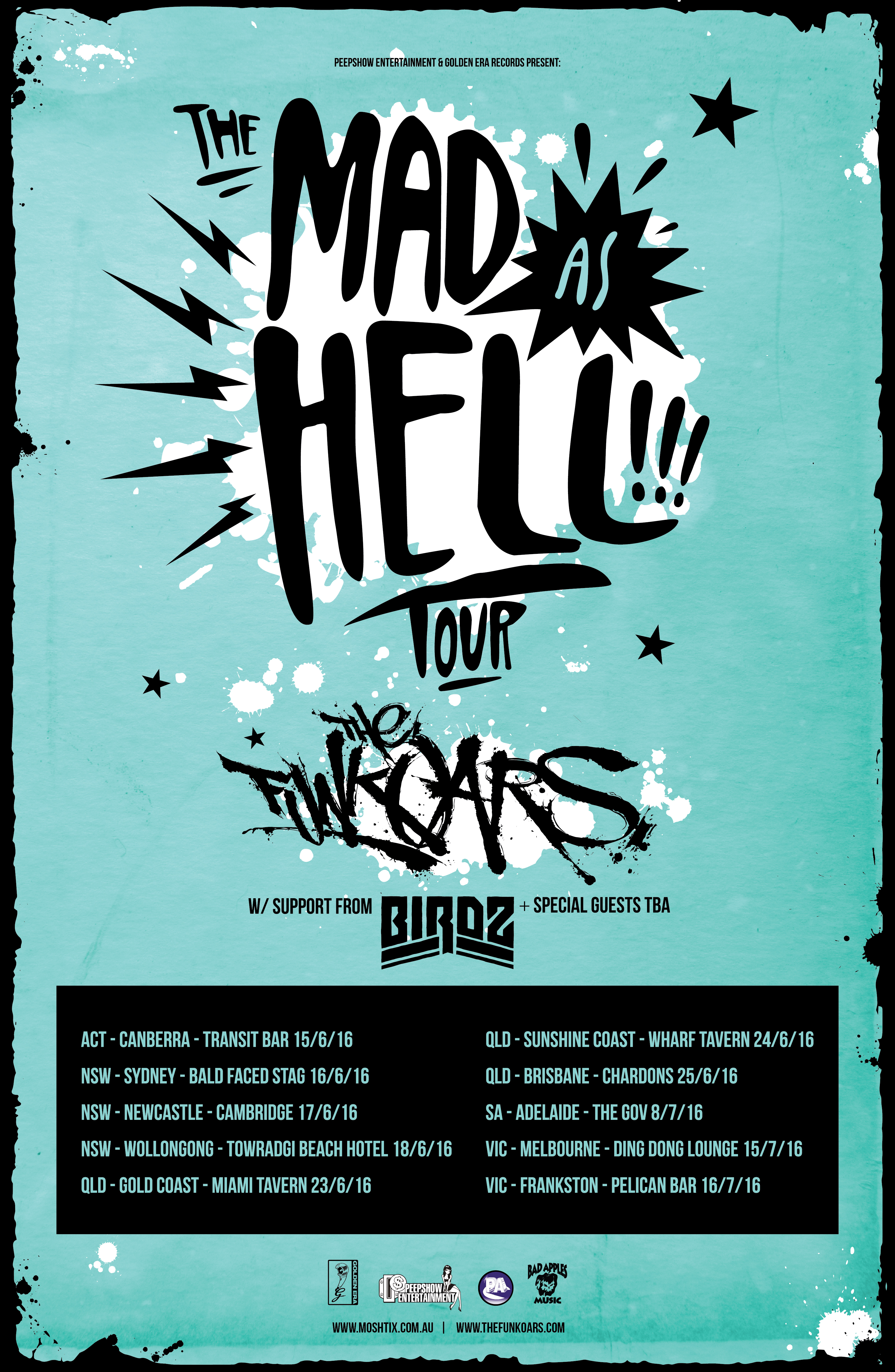 BIRDZ SUPPORTS THE FUNKOARS ON ‘MAD AS HELL’ TOUR

Aussie hip-hop stalwarts The Funkoars will be dropping their fifth studio album sooner than later, and with that on the way they’ve dropped a brand new track called “Mad as Hell” that throws back to some of their earliest material. Check it out here

With some appropriately funky drums courtesy of production from Trials, who’s recently been making his own name for himself as part of A.B. Original, and some blistering bars from Sesta and Hons as well, this is the Adelaide crew spitting at their peak.

The song surprisingly also sees an assist from Nova 96.9 radio presenter and most ocker-sounding human being of all time Ryan “Fitzy” Fitzgerald, and has received a vibrant lyric video treatment by Colin McCue that suits the lazy weekend-in concept perfectly.

The Funkoars will be embarking on their Mad As Hell tour in June and July with Birdz.

THE MAD AS HELL TOUR

BIRDZ has been supported by Creative Victoria to travel with The Funkoars. Thanks legends!