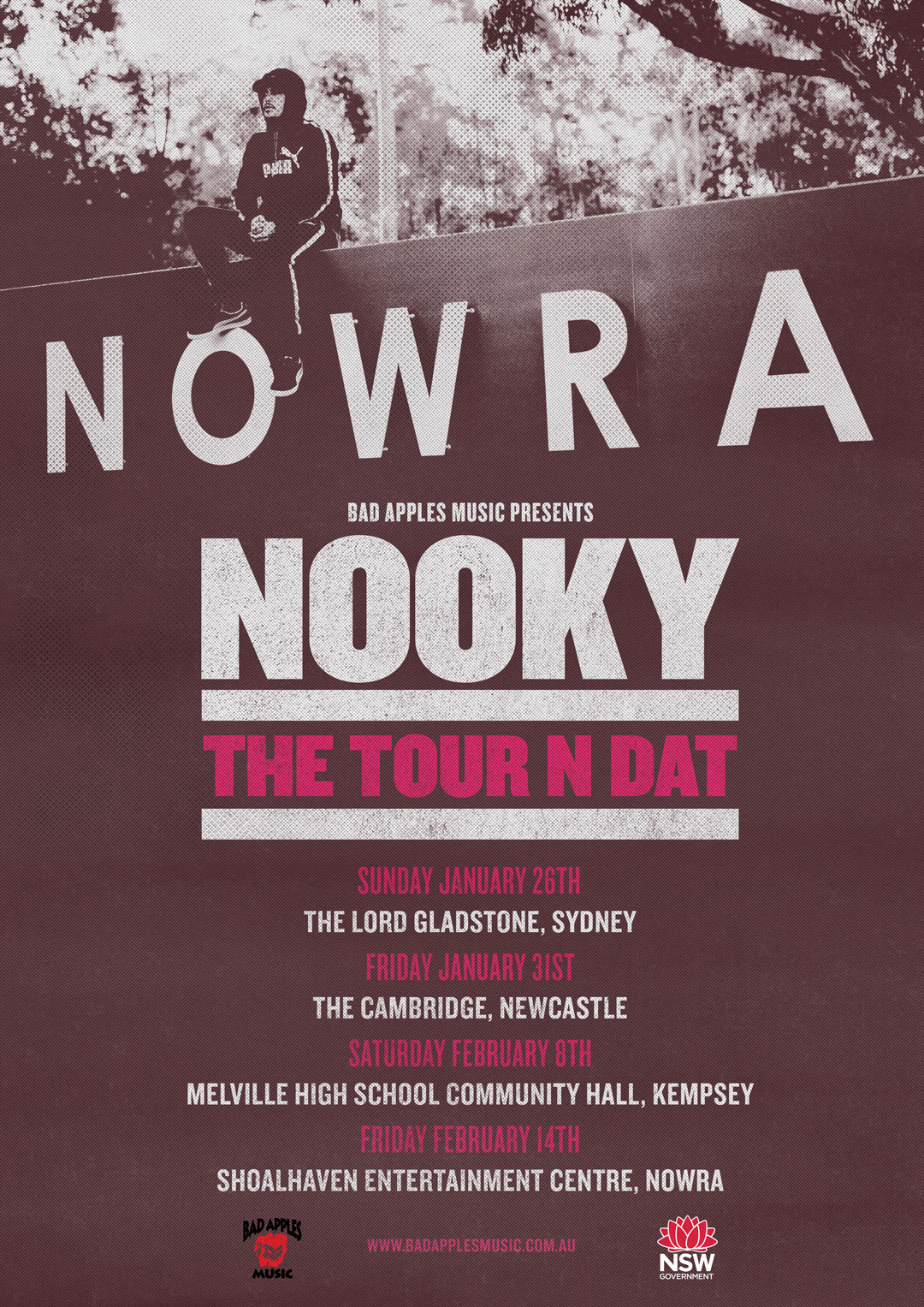 Coming off the release of his debut EP “Junction Court”, the big orse of Nowra will be hitting the road tracing his song lines to kick off 2020 with the ‘Tour N Dat” tour.

Nooky burst onto the scene in 2010, after moving from southern coastal town Nowra to Sydney and gaining attention for his unmatched rhymes and technical rap style. After making a name for himself in his new hometown, the multidisciplinary artist first received international recognition on a chance meeting with Taboo from the Black Eyed Peas, next flying to LA to collaborate on a track

In 2016, he took home the Australia Council’s Dreaming Prize for young Indigenous artists, before going on to release his debut solo single “Black Future” in 2018. Nooky has appeared on tracks with B Wise, P Smurf, Birdz, Sonboy, Manu Crooks and more, plus featured his second solo track “Blackfellas” on 2019’s Deadly Hearts 2 compilation album, shining a light on Indigenous music, culture and identity alongside Dan Sultan, Electric Fields, Busby Marou, Tia Gostelow and more. Not slowing down there, Nooky is also an esteemed producer, having curated the behind the scenes on tracks from Birdz, Caiti Baker and Tasman Keith.