Rapper and Malyangapa, Barkindji woman, BARKAA today shares her newest single and video, “Fight For Me”, featuring Electric Fields and out via Bad Apples Music as a surprise accompanying track to her debut EP, Blak Matriarchy.

Adjoining the hugely applauded release of Blak Matriarchy, BARKAA re-enters the rap hemisphere with another deeply poignant and personal portrayal of Blak motherhood and enduring issues faced by First Nations people. The next step in a dynamite career symbolic of BARKAA’s free expression, “Fight For Me” hits hard lyrically and in the booth, with production from Jaytee Hazard From a reverberating-trap led beat, that’s softer and lighter in backing instrumentals, BARKAA’s verses take center stage with a direct message and call out to protecting First Nations children, and the silent voices within the system that require dedicated action to fight intergenerational trauma. A climactic chorus from First Nations duo, Electric Fields seals the urgency and emotional depth to the track, and its all-important subject.

BARKAA says on the single:
“‘Fight For Me’ is inspired by the silent voices in the system we don’t hear from, the babies voices…This track was inspired by my mothers story of growing up in foster care being wrongfully removed from my Nana and Pop and my children who had to spend years without me because I was too selfish in my addiction and too defeated as a woman to even bother fighting for them.

This is one of the most heartbreaking and hardest tracks I’ve ever had to write, because I had to take myself outside of my own feelings and think about how my children would’ve felt growing up without their mum there to cuddle them and protect them.

This song is about not just telling your babies that you love them, but actioning your love and fighting for them, sacrificing your own selfish needs to meet theirs and giving up drugs and fighting for them. This song talks about the trauma my mother went through being part of the Stolen Generation, growing up without family.

‘Fight For Me’ is saying that if you love your babies, you will fight with everything you’ve got to be a better person for your children and bring them back home to where they belong.

Today’s video arrives with a viewer’s caution, as it contains images of drug and alcohol abuse and child removal. Directed by Matthew Hopkins, and shot in the home environment, BARKAA revisits certain stages of her life. From mother to child, BARKAA’s role play further illustrates the long-woven depth to an issue, written directly from the heart.

Matthew Hopkins says of the visual; “The most important thing for me when it came to conceptualising the visuals for ‘Fight For Me’ was keeping it grounded in reality. BARKAA had created such a visually striking story in her lyrics, something I hadn’t seen or heard in a very long time. Rather than trying to take it in a different direction to what was being said, it was about adding to the story in a complimentary way. Making sure that what was happening in the song translated onto the screen visually, and that BARKAA felt comfortable with what was being done. With such an emotionally charged and powerful song, BARKAA and Alinta, her daughter, brought so much chemistry and emotional weight to the performance in such a way I had never experienced before. It was a heavy and intense day, but one that I will never forget. They both slotted perfectly into their roles, and knew exactly what was needed to add to the story in the song itself.”

Since releasing her debut single, “For My Tittas” in 2020, BARKAA has swiftly climbed to the top as one of the most respected voices in so-called Australia’s hip-hop community, known for her world-class raps on her culture, contemporary issues and more. From numerous live performances, including a special event at the Sydney Opera House, to appearances on Rage, BARKAA’s team ups with DOBBY on the track targeting black deaths in custody, “I Can’t Breathe”, and Mackridge on “22CLAN” have served as testament to her people. Awarded 2020 PUMA Rookie Of The Year Award by Acclaim Magazine, featured in GQ and named one of the top rappers in the country by triple j and Red Bull respectively, BARKAA’s star power is fast rising. Most recently, BARKAA was announced as part of the #YouTubeBlack Voices Class of 2022, appearing alongside some of the world’s most exciting and boundary-pushing artists on billboards across New York City and Los Angeles. Released late last year, BARKAA’s debut EP, Blak Matriarchy celebrated Blak motherhood across six tracks of powerful manifestation, and scored accolades from the likes of The Guardian, Rolling Stone Australia, NME, 10 Magazine, features from triple j, community radio and more.

Stop and listen today to the expertly delivered statement track, “Fight For Me” from Malyangapa, Barkindji woman, BARKAA as she continues to blaze a path in celebration of Blak motherhood and experiences via rap music. 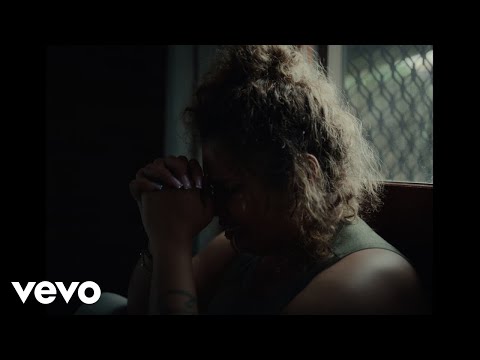