Raised in Katherine, Northern Territory and now based in Naarm / Melbourne, Birdz took to crafting his career-shaping second record alongside the production hand of longtime collaborator and friend, Trials of A.B.Original, plus hand-selected some of Australia’s best-loved artists to feature including Fred Leone, Ngaiire, Thom Crawford and Missy Higgins.

Journeying past his critically acclaimed 2017 debut, Train of Thought, LEGACY sees Birdz tap into his long-running vision that hip-hop is a powerful vehicle for driving messages of hope, empowerment and self-determination. Across ten diverse and sharply executed tracks that feature some of his best flows and most critically applauded singles yet, Birdz reevaluates his core values by exploring the kind of legacy he’d like to leave behind for his family, specifically his young son, through a refreshed and unified lens of self-worth, potential and purpose.

Birdz says of the album’s fruition, “I think the way I approach music and creating really shifted around the time I made a song called, ‘BLACK CHILD’ (ft. Mo’ju) which was on my last project. When I made that video, I really wanted to portray the strength and beauty in who we are as proud Aboriginal people. Moving forward I realise how much that experience impacted me as a father, and as an artist, and becoming more and more conscious of what I’m leaving behind for my son and the future generations. I feel like that’s where the concept for LEGACY was born”.

As one of Bad Apples Music’s most established signees, Birdz returns the favour and invites some of his favourite and most admired artists to jump on LEGACY with astounding results. Opening eponymous track, “Legacy” features highly respected community leader and artist Fred Leone, whose strong connections to Butchulla country and the hip-hop community see the duo soar in their duet, accompanied by strings of acoustic guitar that erupt into a mighty singalong chorus steeped in questions of purpose. Next comes prior single, “Fly”, a triumphant and bold statement featuring Papua New Guinea-born, now Sydney-based singer-songwriter Ngaiire. Witness Ngaiire’s voice glide over high and low notes, rich with textures amid Birdz’ reinvigorating verses.

Third track, “Aussie Aussie” is in true Birdz style, unapologetic in its themes and a wider motif of the album reading like an open letter to his son. Next, “Highs and Lows” is a fast boom-bap rap song, with fired up verses that speak to questioning and calling out lies in long-told narratives. Previous single, “They Don’t Know” starring Thom Crawford is a summer-ready hit defined by acoustic guitar strums and a Reggaeton beat. Following immediate support from triple j and community radio, the track’s catchiness draws you in for a closer listen to Birdz’ astute flows.

Sixth track, “Caught Up” sees Birdz’ vocals effected to powerfully carry a chorus over bass-heavy production with grinding drops. “Play The Game” follows as a quick-paced and swagger-filled rap tune, seeing Birdz test out his abilities to spit out fast-witted comebacks. Opening to a reverb-laced piano riff, “Know Your Truth” explores experience, family and emotion in a deep-hitting anthem, punctuated by singalong choruses.

Most recent single, “Legacy pt. 2” features next with national icon Missy Higgins in a poignant testament to parenthood. Moving piano chords and a steady beat accompany a beautifully written message to the meaning of leaving behind a legacy to those we love and cherish most. Final song, “Bagi-la-m Bargan” sees Fred Leone return with striking vocals sung in language as a Butchulla yawar wirray (song and dance). The track scored #30 on triple j’s Hottest 100, and in its anthemic messages of slicing honesty and openness, sees Birdz powerfully rap to defending one’s country and family.

Birdz continues, “The first song on the new album is called LEGACY part 1 and it talks about facing my demons and asking myself what kind of legacy I want to leave for my family. As the album progresses, it’s a journey of realising my self-worth, potential and purpose. It then leads into LEGACY part 2, which is a moment of clarity for me and an open letter to my son. Throughout the album Trials and I wanted to delve into different sounds and styles, which I think really allowed me to be free to explore all the different emotions and stories I wanted to share. I’m so proud of the record and beyond grateful to Trials and everyone involved. I can’t wait to share it with everyone.”

In 2022, Birdz will embark on a national headline tour, first hitting Sydney on April 1, then Brisbane on April 2 and Adelaide on April 8, before making an appearance at Shepparton’s Land of Plenty Festival on April 9. Later that month, Birdz will bring his string of shows to a close at hometown Melbourne on April 22. Presented by triple j, Birdz’s national tour is a showcase of the new music he’s been giving fans a taste of over the past few months, celebrating his unique brand of honest, powerful hip-hop across both the new record and the favourites fans know and love.

Birdz released his 2017 debut album Train Of Thought to widespread acclaim. The album won the Australian Independent Record Label Associations’ title of Best Independent Hip Hop Album, was shortlisted for the Australian Music Prize, nominated for Music Victoria’s Best Hip Hop Album and was simultaneously loved by community radio. In 2019, he followed this up with his Place Of Dreams EP, earning a nomination for Corner Hotel Artist Of The Year Award, a national tour supporting Seth Sentry and high rotation on triple j. Lately, Birdz has appeared on ABC’s The Set with Missy Higgins, performing their album track, as well as featuring on triple j and ABC i-view’s RAP IT UP documentary series and is the face of a nationwide ‘Strong Mob’ health campaign. On stage, Birdz has shown unwavering commitment and passion. He has dominated stages across the country with an explosive live show, shared with the likes of J.I.D., Sampa The Great, Loyle Carner, Seth Sentry, Briggs and the Thundamentals. A firm festival favourite, Birdz has too kept audiences wanting more at festivals including Groovin the Moo, Woodford, St Kilda Festival and The Hills Are Alive.

Today marks the arrival of a career-defining moment for Birdz and an era-shaping win for Australia’s hip-hop and music community at large. Soak up the fiery talents from one of the nation’s best hip-hop actors and his wholly important messages on LEGACY in all their gloried permanency now. 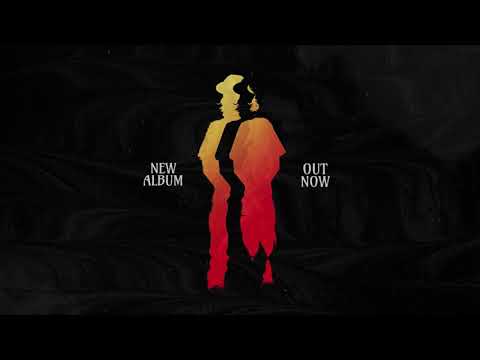