A follow-up to his widely-praised 2019 release, Junction Court, Nooky teams up with some of local hip-hop’s most respected producers, including Mansus, R.F.P and i.amsolo (ONEFOUR, Justice Crew) to present an eight-track collection that symbolises time’s power in healing old wounds, and stamped endings to significant life chapters. Recorded over 12 months ago during a darker point in Nooky’s life, Lyrebird Park is a grounding and transformational reminder of how channelled aggression has since become a valuable tool for Nooky in reflecting on the man he is today. Named after a local football ground in Nowra, Nooky thanks his core community values that have shaped the EP, and continues to motivate his every step in life towards light, strength and growth.

Nooky says on the EP: “I created this project in one of those dark times, I was battling substance abuse and making a mess of myself. I was on a collision course fueled by alcohol. This music is a reflection of the pain, anger and aggression I was feeling at that time. I had to take a step back from music for a while and get clean. This project is hard to listen to at times because it reminds me of where I was at that point in my life but I feel like it needed to come out so I could close that chapter and always remind me of what I really am capable of.”

Opening to “Merriman”, a drill-defined beat backs a hard-hitting round of verses from Nooky, as he introduces himself on the mic. Next track and previously heard single, “Mungo” sees Nooky weave in perfect time to the heavy kick, as recordings of street conversations and interjections are interspersed throughout. “Line Em Up” follows as a collaboration between New Zealand’s Goliath Savage and Triple One’s MC Marty Bugatti, reaffirming the EP’s hard stance of channelling aggression into power. Fourth track, “4 real” opens to an effected loop of strings as Nooky speaks to notions of authenticity and crew in his career as a rapper.

Previous single, “No Mercy” follows in its depiction of street justice and its consequences, with deeply reverberating bass that provides darker overtones. “Jet” featuring Sydney-based rising rapper Jamel follows a similar theme, as the pair dart between verses around each other with sharp precision. Most recent single, “Talk Shit Get Split” next sees a crunchy bassline to Nooky’s fast-paced rappings of a relentless work ethic and strong sense of self, amid R.F.P’s ice-cold production. Bridging the end of the track with his local dialect, “Always Was Always Will Be” arrives next. The previously heard finale opens to a climatic choir sample, where Nooky reflects on how he arrived at his respective career point, and unleashes an incredible amount of passion into every spoken word.

Lyrebird Park arrives in the wake of Nooky’s 2019 debut release, Junction Court, which saw praise from Acclaim, Triple J, Filter Zine, community radio and more alike, while also releasing standalone track, “Ere Lah” to similar praise. Nooky’s dynamic talents have continued to take him to new and dizzying heights, reaching over 1 million streams to his discography, playing sold out shows across the country, and this year being announced earlier this year as the host of triple j’s Blak Out, a new program championing First Nations artists. Alongside reigniting his love for music and connecting with the community, he also continues to work on apparel line, Mission Wear, and at the 2021 ARIA Awards also teased a new project, We Are Warriors. More to come on January 26, 2022.

Having burst onto the scene in 2010 with his sharp, thought-provoking lyricism, and after moving from Nowra to Sydney, Nooky carried the pride of his hometown and Yuin bloodline with him. His sonic diversity and undeniable ability soon culminated in 2016 when he was awarded the Australia Council’s prestigious Dreaming Award at the National Indigenous Arts Awards, and that same year signed to Bad Apples Music, positioning himself alongside the likes of Birdz and Briggs. He’s since proven himself as a formidable live act, storming Australian stages with high profile artists including Briggs, Urthboy, Jimblah, P Smurf, as well as performing at Falls Festival, BIGSOUND, The Sydney Opera House for the Bad Apples House Party, charity event Coastchella which featured local artists OneFour and B Wise, and along his own The Tour N Dat. Gaining international notoriety early on, Nooky has also seen recognition from Taboo of The Black Eyed Peas, travelling to the US for a collaboration.

Listen to the newest body of work from one of Australia’s most significant voices in hip-hop, as Nooky today stands in reflection at one of his hardest, but most chapter-defining releases yet in Lyrebird Park. 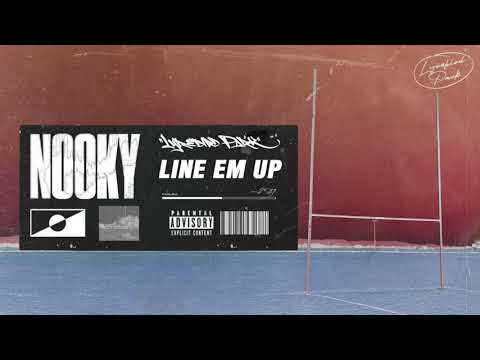