Nooky shares his newest single “Run Dingo” out via Bad Apples Music. An inextricable extension of the principles Nooky preaches as he raps to his experiences growing up, what he expects for the future, and the growth mindset that has allowed him to flourish as the proud artist and father he is today. Featuring a sample from blues musician and activist, Black Allen Barker, “Run Dingo” lifts a poignant metaphor from Barker’s original piece, on the dingo’s culling and the price on their heads.

Nooky says on “Run Dingo”: “The concept for ‘Run Dingo’ came about last Invasion Day when I was sitting at home with my daughter. I was thinking about the prejudice and racism I experienced as a child growing up here in Australia and how my daughter was inevitably going to experience those things too. Invasion Day is a draining day for us and I started laying down how I was feeling sitting there with my daughter reflecting on my childhood. One of my brother boys had shown me a song called ‘Run Dingo Run’ by Black Allen Barker back in 2010 with the idea that I should sample it. The lyrics in the song talk about the dingo cullings and there being a price on a dingos head, drawing a comparison with blackfullas. Like Allen, I feel there’s a price on our heads too, especially when being vocal about certain issues and topics. I took the song idea and sample to one of my main producers, Solo, and that’s how ‘Run Dingo’ was born.” 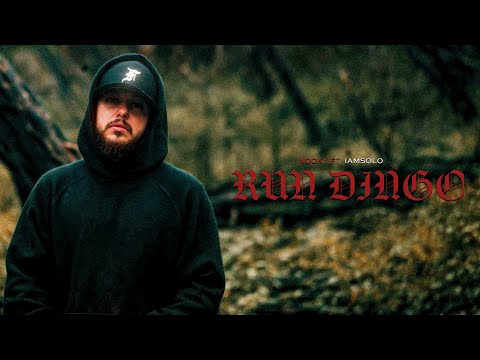