Today, Yuin rapper Nooky continues on his relentless uprise, releasing his next single “Talk Shit Get Split”, in anticipation of his newly announced EP, Lyrebird Park, out November 26 via Bad Apples Music.

Nooky wastes no time exploding onto the stinging production hand of Melbourne’s R.F.P with an ice-cold intensity. Laying down his hard-hitting verses, Nooky unsparingly glides atop staggering hi-hats and thunderous 808s. Bridging the end of the track with his local dialect, Nooky delivers the final knockout blow, making a statement about the consequences of cheap talk. Talk shit, get split.

Following up his widely-praised 2019 release, Junction Court, Nooky also today brings the news of his next EP, Lyrebird Park, out November 26. Featuring a team of revered  producers, including the likes of Mansus, R.F.P and i.amsolo (ONEFOUR, Justice Crew), the 8-track collection carries the embodiment that time can heal all wounds. Initially written from a point of darkness, the EP has since transformed and channelled aggression into power, and now works as a valuable tool of reflection on who Nooky has grown to be today. Fittingly, the EP finds its namesake after a local football ground in Nowra, a community which still motivates his every move.

“Talk Shit Get Split” follows Nooky’s earlier 2020 and 2021 single releases, “No Mercy”, “Jet” featuring Jamal, “Always Was Always Will Be” and “Mungo”, all promised to appear on the forthcoming EP. In the wake of his 2019 debut collection, Junction Court, which saw praise from Acclaim, Triple J, Filter Zine, community radio and more alike, Nooky also released “Ere Lah”. Nooky’s dynamic talents have since taken him to new heights, as he was announced earlier this year as the new host of triple j’s Blak Out, championing nothing but First Nations artists. Making his name synonymous within not only hip-hop but a driving passion for the community that raised him, Nooky’s next chapter couldn’t come soon enough.

Having burst onto the scene in 2010 with his sharp, thought-provoking lyricism, and after moving from Nowra to Sydney, Nooky carried the pride of his hometown and Yuin bloodline with him. His sonic diversity and undeniable ability soon culminated in 2016 when he was awarded the Australia Council’s prestigious Dreaming Award at the National Indigenous Arts Awards, and that same year signed to Bad Apples Music, positioning himself alongside the likes of Birdz and Briggs. He’s since proven himself as a formidable live act, storming Australian stages with high profile artists including Briggs, Urthboy, Jimblah, P Smurf, as well as performing at Falls Festival, BIGSOUND, The Sydney Opera House for the Bad Apples House Party, charity event Coastchella which featured local artists OneFour and B Wise, and along his own The Tour N Dat. Gaining international notoriety early on, Nooky has also seen recognition from Taboo of The Black Eyed Peas, travelling to the US for a collaboration.

“Talk Shit Get Split” represents the next steps of Nooky’s journey, only just beginning. This November, see his inevitable rise through the ranks of local hip-hop continue with the Lyrebird Park EP. 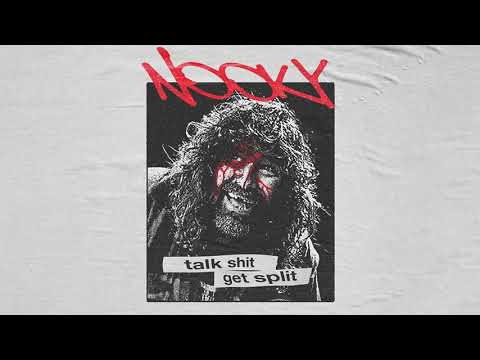