Proud Butchulla man Birdz releases his new single ‘They Don’t Know’ featuring singer-songwriter Thom Crawford. Additionally, Birdz wishes to advise that due to current border restrictions, dates to his headline tour have been rescheduled with a new show included for Yuggera (Brisbane) at The Brightside on Thursday August 19th.

Reuniting once again with his friend and producer trials, ‘They Don’t Know’ is unlike anything else the Melbourne-based hip-hop artist has released before. With its surprising reggaton beat and smooth vocals of Thom Crawford, the 2.27 min single is stamped with the flow Birdz has become known for.

Premiering this morning on triple j breakfast with Bryce and Ebony, Birdz says of his new single, “They Dont Know is about my experience of trying to navigate the music industry. At times it can be overwhelming, having a lot of different voices coming at you with their opinions on what you should do next and when you should do it. ‘They Don’t Know’ is basically my response to that pressure and turning frustrations into a positive. It was the first time in ages that Trials and I had the opportunity to be in the studio together and we just said fuck it, let’s wild out and make something totally different. I feel like it’s important to show people my diversity as an artist and what I’m into sonically – then somehow still marry that with a strong empowering message. For me, that’s exactly what They Dont Know does. It’s a banger you can ride to with the windows down and still gain some substance from.”

Only halfway through the year and Birdz has already had a spectacular start to what has been a challenging year. He’s appeared on the opening episode of ABC’s The Set, collaborating with Missy Higgins for a special performance, as well as performing ‘Fly’ with Ngaiire, and his widely lauded single Bagi-La-M Bargan with his Cousin Fred Leone. The powerful single has now been streamed over 2 million times. Birdz has also appeared on the RAP IT UP documentary series, been the face of a nation-wide ‘Strong Mob’ health campaign, chosen as Indigenous Artist of the Moment for MTV Australia and NZ, and nominated for the National Indigenous Music Awards, Song of the Year for ‘Bagi-La-M Bargan’ and Artist Of The Year. Last week, he was chosen as one of six winners of the 2021 Levi’s Music Prize in partnership with BIGSOUND.

With over 4.5 million global streams to his name, Birdz has been noted for his critically acclaimed award-winning debut album Train Of Thought (2017) and his 2019 EP release, Place of Dreams. Winning the Australian Independent Record Label Associations – Best Independent Hip Hop Album for his debut album, the critically acclaimed Train Of Thought was also shortlisted for the Australian Music Prize, Nominated for Music Victoria’s Best Hip Hop Album and was loved by community radio and digital service providers nationally.

Birdz continues to dominate stages across the country with his explosive live show. Possessing a relentless passion and commitment to his craft, the unapologetic rapper has solidified a loyal and growing fan base. He has shared the stage with high profile acts such as J.I.D., Sampa The Great, Loyle Carner, Seth Sentry, Briggs and the Thundamentals, whilst also enthralling audiences at popular festivals such as Woodford, St Kilda Festival, The Hills Are Alive and Groovin’ The Moo. 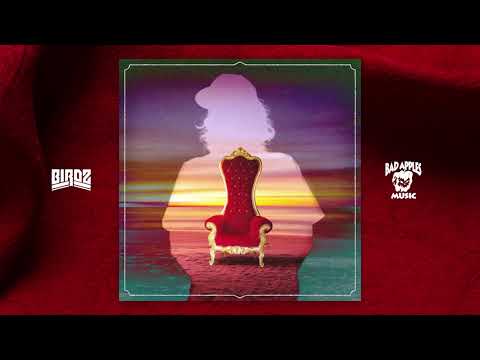